How Crisis and Risk Management Is Changing: Interview With Jeffrey Slotnick 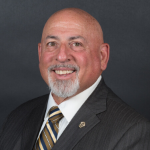 In this interview, Slotnick discusses the importance of supporting social protest, free expression, and free assembly in turbulent times, while ensuring that gatherings don’t devolve into violence or chaos.

You recently trained municipal police in Washington state on dealing with protests. Tell us about how you approached that training.

Many things can cause communities to go into a period of civil unrest. It can be caused by COVID, displeasure with government, economic issues, white supremacy, and much more.

Civil unrest is an aspect of crisis management that most people don’t deal with. I’ve had the opportunity to experience civil unrest firsthand. Working with the Washington state military department, I trained soldiers in preparation for the World Trade Organization meetings in Seattle in December 1999. I was also working as a security officer for my own company at the time. I found myself on the street during the WTO riots. Having to use many of the skills I was teaching was an interesting incubator of the philosophy I have developed for civil unrest.

My experience with other types of crises, including other manmade and natural disasters, has shaped my view of what a good response should be. The training I just performed for some Washington state municipal police agencies was the result of research I accomplished while developing course materials to train smaller municipalities that lack the resources of a New York City or Miami. This course was designed to teach people how to think about, identify, and create plans, policies, and procedures for preparing for and responding to a crisis.

How do you balance upholding the rule of law with empathy and allowing free expression? Some officers take a strong approach, and some kneel with protesters.

You have to develop intelligence assets to identify what reality is. There’s a big difference between a crowd and a mob. A crowd is peaceful, and has something to say. The issue becomes incitement. Once incitement occurs, there are known indicators that violence is about to happen. There are several approaches to dealing with that, including identifying and removing agitators. It takes a lot of work, having people in, around, and above the crowd — removing agitators, and restoring calm when they leave. You also have to be aware that there may be outside agitators like white supremacists disguised as antifa, with the intent of going into a crowd and inciting violence. That creates emotional contagion, which leads to panic. When that happens, law enforcement has an obligation to protect the crowd and communities from destruction.

How do you tell who’s who? Distinguishing between peaceful protesters and potentially belligerent antifa, white supremacists, other extremist groups, and professional criminals, who may each be pretending to be part of another group, seems daunting.

You study your past to learn your future. The first thing is understanding the difference between a mob and a gathering. There are many types of each: cohesive, aggressive, inquisitive, expressful, peaceful, etc. You start with a risk assessment. You identify potential groups that can cause issues within a given context, and then you look at their capability. Depending on these factors and the specific issue being protested, you assign a severity level.

One of the most useful tools to use is the Department of Justice report on the 2014 Ferguson, Missouri, riots after the Michael Brown shooting. It’s very telling—it depicts a lack of leadership, a lack of intelligence gathering, and poor police response. It pointed out things like the police observing the crowd through snipers’ rifle scopes instead of with binoculars. That’s not appropriate.

The after-action report after the 2017 Unite the Right rally and violence is also an excellent document. There are lots of lessons learned and things communities can take away. Protests are a tough situation. How do we keep them from devolving into a riot? The primary approach is a stadium approach, which requires individual screening before people enter a protest area, and prohibiting backpacks, sign poles, etc.

What role does the media play?

Unfortunately, the media is often part of the problem. I find the media to be more focused on sensationalism than on unbiased reporting. Social media has become a political echo chamber. We lose the ability to think critically about situations, hear both sides of a story, and work out a solution. We spend a lot of time talking. We’ve got to start listening. You can’t have compassion without understanding.

Small acts can have outsized impacts. In a small Washington state town, police gave pizza to protesters. What a great way to say, “We hear you, we recognize you, and we care enough that we want to nourish you.”

You seem to always end up in the middle of crises. There was your WTO experience in 1999. You and I were together in Bahrain during the 2011 uprising there. In December 2016 you drove 12 hours through a snowstorm to head off a potential attack by neo-Nazis on the single rabbi in Whitefish, Montana. How do you get into these situations?

That’s a very personal question. Some people are born to be farmers, stockbrokers, or doctors. I’ve found my path in protecting those who can’t protect themselves. Now I find I can do more by using my wisdom to help others to succeed.